All players are required to umpire at least twice throughout the season, and we take this duty seriously as a club. Managers will be advised each week of your teams umpiring commitments and each team will set their own team rules around shared responsibility towards ensuring your umpiring obligations are fulfilled. Assistance with refining your umpiring skills is available at SMOG, and we will endeavour to run some in-club sessions for all players.

Failure to provide umpires, or late attendance to register and/or being late to the actual court will result in a fine and loss of competition points.  A breach of your umpiring duties is not taken lightly by the Executive Board as the risk of losing ‘competition points’ for the team that failed to perform their umpiring duty may have implications upon teams moving up and down grades.

When you are required to umpire, you must attend in SMOG uniform (hoodie, tshirt, dress - all ok) and wear suitable footwear to ensure you can get around the court at the pace of the game (jandels, sandels, slides are NOT permitted).

We also remind all our members that if you are umpiring a game and you feel uncomfortable with how the game is unfolding (players on the court, spectators on the sideline), do not be afraid to stop the game and request immediate assistance from the NWC Duty desk.  SMOG Netball does not accept any form of physical or verbal abuse towards our members, we treat such situations seriously as the safety of our players is paramount.

BYO whistle - please don't share!  If you do not have your own whistle, we strongly encourage you pop down to Rebel Sports to purchase one (or two!).

Our CommitmentAs a Club, we recognise and celebrate the contribution qualified and player umpires make to our sport.  Without officials, we would have no game.

Training will be made available to all SMOG members, and SMOGGIES are strongly encouraged to attend any training made available by the Club or Netball Wellington, to ensure they can confidently and competently officiate a game.

If you want to get some practice umpiring in a supportive environment AND get paid for your time, contact the team at Netball Wellington and you could umpire the Twilight Netball season (Wed and Thu nights ASB). 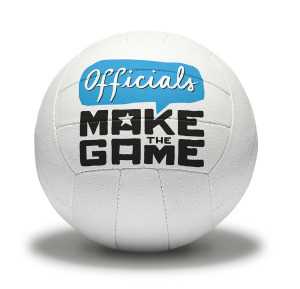